If there’s any mobile-exclusive game I will swear by, it would be the Infinity Blade series. I’ve probably prefaced every single mobile game review and article I’ve written with how much I suck at gaming that I’d avoid touching a controller the way I avoid touching my male friends’ junk every time it is offered to me, and this is not going to be any different. I suck at console gaming. Which is why I keep to myself in my room playing on my tablet. No, that is not a euphemism.

Anyway, Infinity Blade 3. Back in Infinity Blade 2, we were left with the Worker of Secrets imprisoning our favorite protagonist Siris/Ausar in the Vault of Tears with the God King/Radriar. You just know that the Worker is up to no good and just put Siris and Radriar into a situation where loneliness can lead to swordplay but not of the fatal variety. Is there fan fiction of this already? 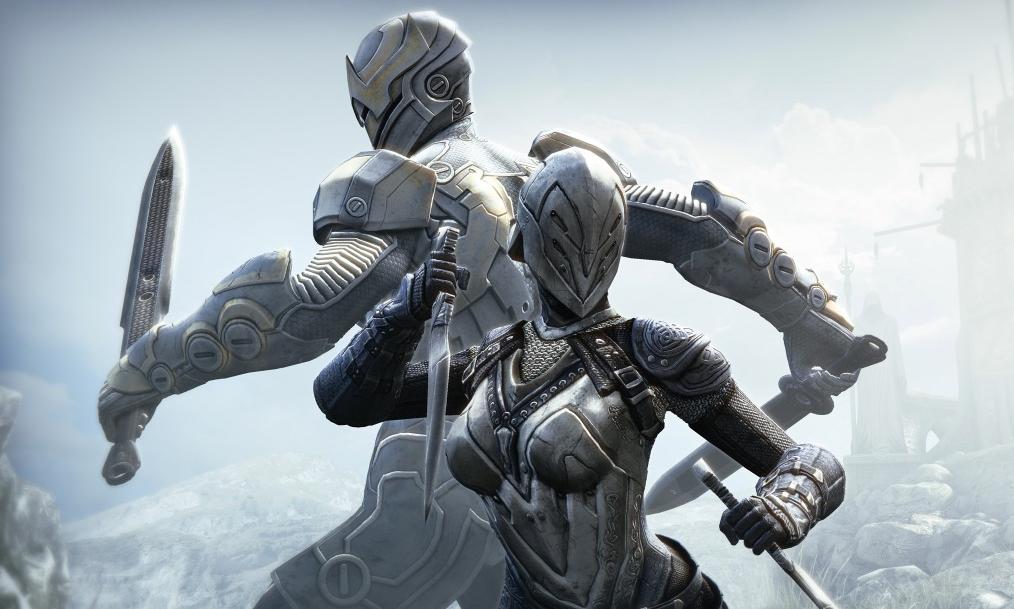 After an amazing intro sequence where we see the Worker of Secrets narrating the origin of the Deathless, forging the Infinity Blade, and Ausar’s betrayal, we are suddenly put two years after the end of Infinity Blade 2 where… we see the God King challenging the Worker. And dies. The we see Isa resurrecting, with no other reason how and why, and with Siris watching over her.

So. How did Siris and Radriar escape? It was implied that Isa helped them escape, but come on. I was hoping for a prison break at the beginning. I waited a year for that.

I’m sure the two years between the games are covered in the book Infinity Blade: Redemption. But I won’t be bothered to pick that up. Unlike Infinity Blade 2 that somehow gives you an idea what happens in between games, IB3 just thrusts you right into the story and you’re forced to catch up. 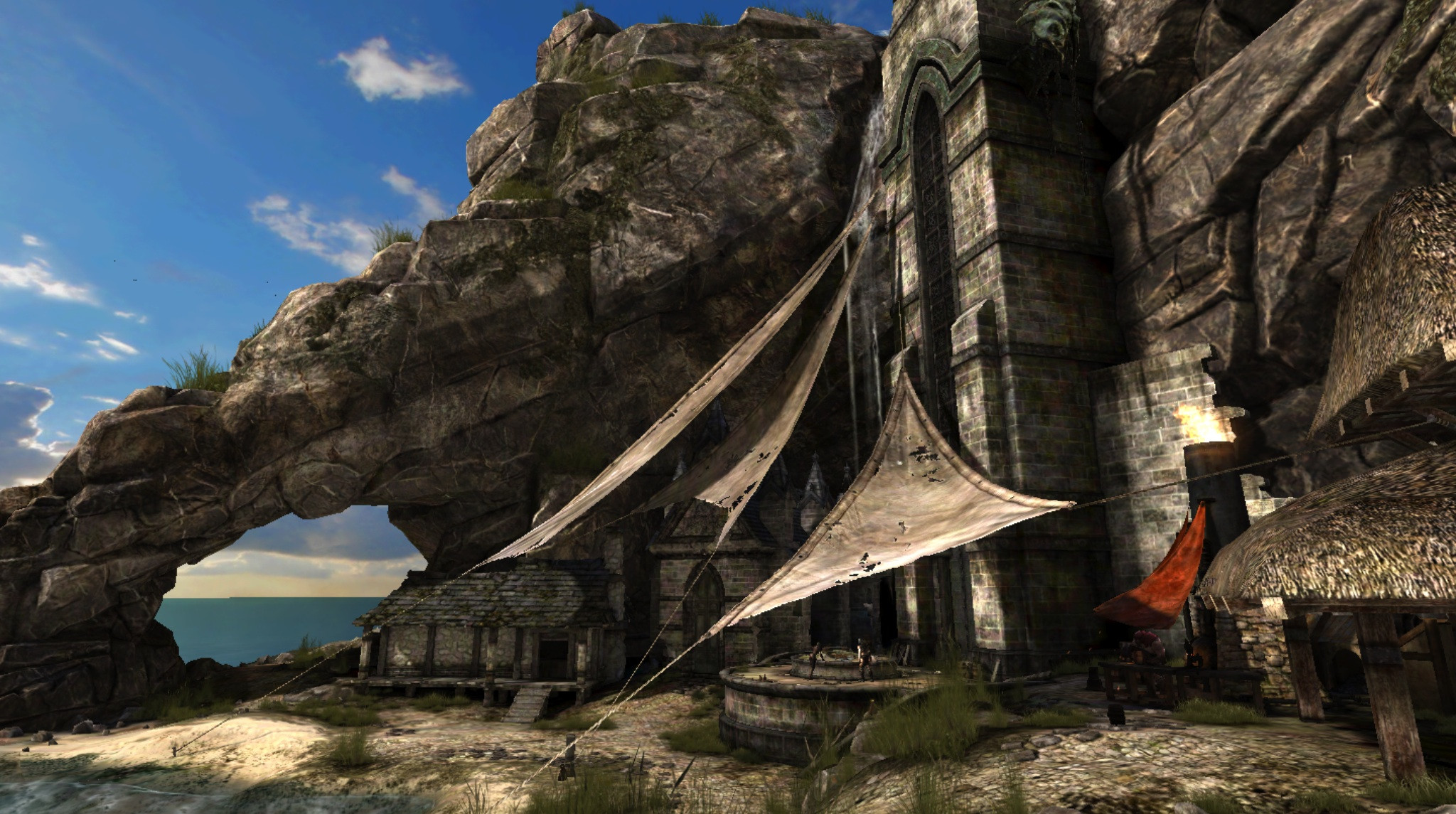 But that’s the thing: Infinity Blade has a story now. Remember how this used to be a game where you raid a castle and died, and then have your character’s son attack the castle, and his son, and his son, ad nauseam? (After the 30th bloodline I was thinking “has this family ever heard of an army?”) Infinity Blade 2 expanded on that by retconning the fact that it wasn’t a bloodline – in fact it was just one immortal character dying over and over again and to stop the cycle he must get the Infinity Blade and get the help of the Worker of Secrets. I’m not a fan of this retcon, but whatever works. My point is that Infinity Blade 3 expands greatly on the premise presented by the first game that we actually have a functional mythology in place. 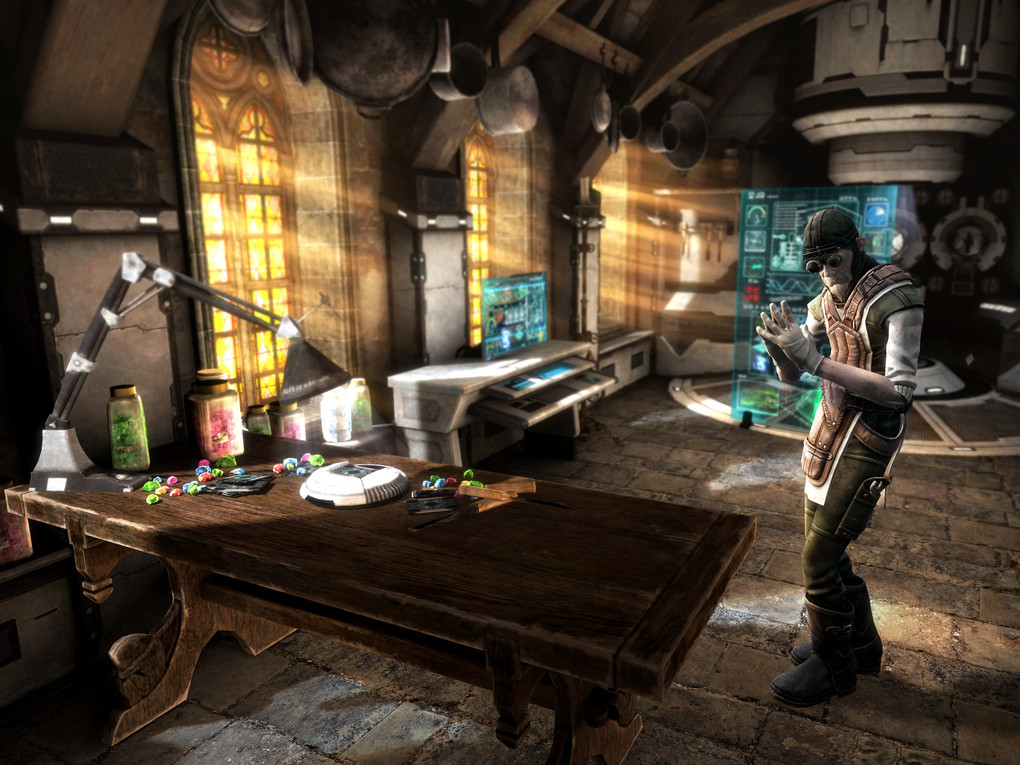 Speaking of expansion: in the first two games we had Siris essentially raiding a castle over and over again. IB3 has different locations, with Siris and Isa attempting to accomplish various missions in each. Each location is about 1/3 of the IB2 castle. The missions feel short, and I wish we could get to choose more than 3 locations at a time, but hey, that’s what updates are for. There’s a dragon with a crazy huge health bar that shows up randomly and you get to deal damage to it via QTE’s, but it only managed to show up twice and I’ve barely made a scratch. I need to beat that fucker.

The combat remains unchanged from IB2. Isa has a slightly different playing style, but she’s essentially the same as Siris. There’s a new forging system where you give your mastered items to the blacksmith for them to level up so you can reuse them over and over again. It’s fine, but you have to shell out credits and wait for up to 20 hours. There’s a pirate where you can buy items for a discount (and sell your mastered items to), but she only shows up occasionally. There’s also the alchemist (he mixes the herbs and other items you pick up to turn into potions) and the gem cutter (he forges three of your gems to turn into one powerful gem), but I didn’t use them as much. 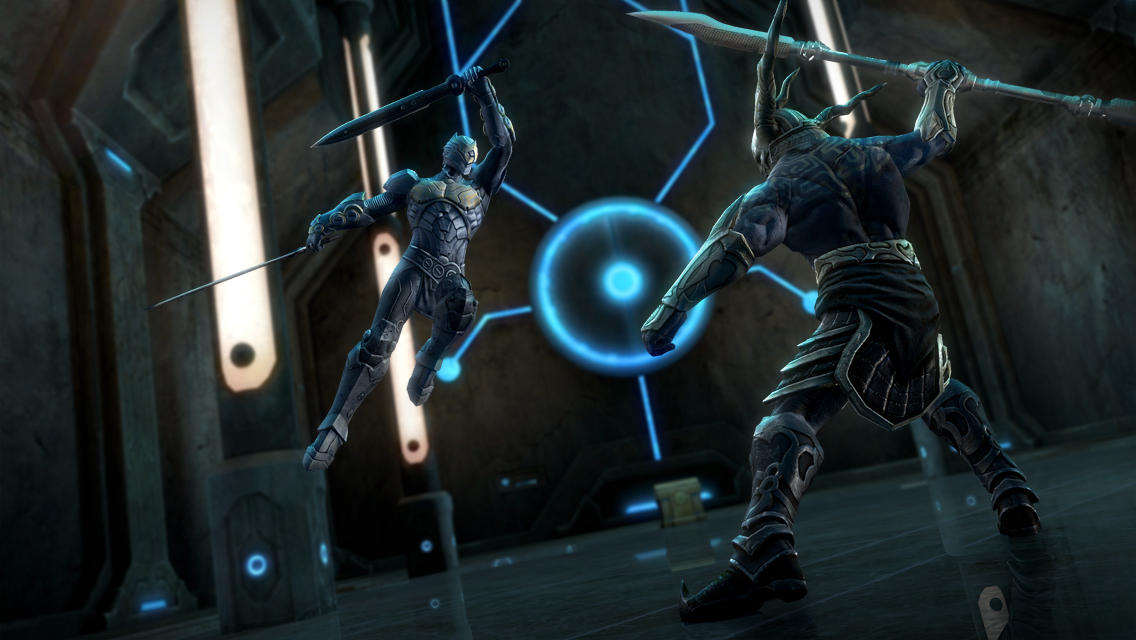 But let’s talk about the thing that made Infinity Blade a big deal in the first place: the graphics. Console-quality graphics packaged in bite-sized mobile gaming. This is what I have to say: Infinity Blade 3 is beautiful. Sure, they reused assets from the previous games, but when you get to the new areas, you see long stretches of desert, floors reflecting everything like crazy, and it is amazing.

I got to finish IB3 in three days, and despite the expanded areas, this felt a lot shorter than IB2. I’m not too happy with the ending as well – it didn’t feel as epic as IB2’s sequence where Siris just waits in that beautiful Japanese Garden while Radriar’s minions attack him one by one.

Story-wise, I prefer Infinity Blade 2. It’s not as convoluted as the current game, and pacing was perfect. And I don’t think I want to see an Infinity Blade 4 – it’s time to give this formula a rest. I can see myself playing Infinity Blade 3 for a long while, though. I need to beat that dragon.

What do you think of Infinity Blade 3? Tell me about it in the comments!