I was a huge Power Rangers fan back when I was a kid. I knew it was stupid twenty years ago but I didn’t care. I got to see Megazord punch another guy in a rubber suit week after week. And it was all that mattered. Oh, Pink Ranger Kimberly was hot, too, but that’s a totally different – and not to mention awkward – blog post altogether.

I’ve always wanted to keep my Power Rangers silly and campy. Imagine my apprehension when Lionsgate announced a Power Rangers reboot film. With the whole trend of pushing everything into dark territory, I know that the Power Rangers will get the Batman Begins treatment eventually. And it’s scary. 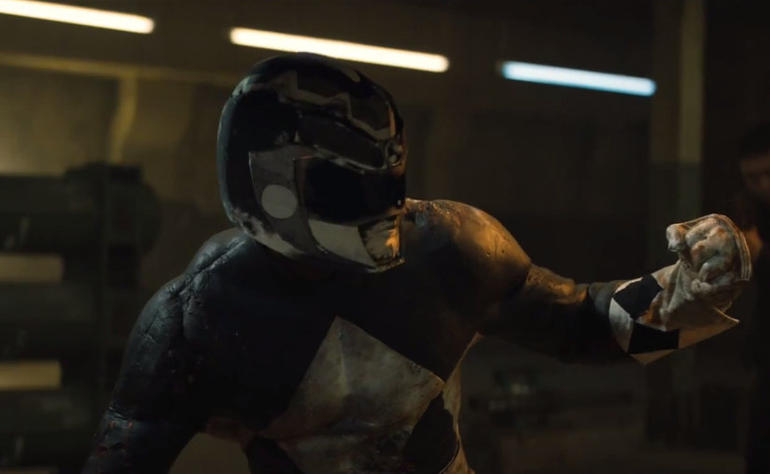 Fortunately, producer (The Punisher: Dirty Laundry) Adi Shankar and Blank Space director Joseph Kahn decided to show what would happen to these “teenagers with attitude,” recruited by an alien race to defeat the Machine Empire, if they lost the war. We get major PTSD, and apparently splattered brains everywhere.

And you know what? I actually enjoyed it. It’s not the Power Rangers that I know and love, but it is a fantastic adaption that changes way too much about the Power Rangers but at the same time gets so many things right that I am crazy enough to accept it.

Watch the violent 15-minute video below, starring Battlestar Galactica’s Katee Sackhoff as Pink Ranger Kimberly Hart and Dawson’s Creek’s James Van Der Beek as the other Red Ranger, the one nobody cared about, Rocky DeSantos. Trust me, it’s worth your time.

What do you think of POWER/RANGERS? You should leave a comment and let me know!