‘Kung Fury’ Review: Struck by Lightning, Bitten by a Cobra

Hello internet. My name is Ade, and my mind has been blown away by the greatest 80’s action movie that the 80’s never made, Kung Fury. Check out my Kung Fury review here.

If you haven’t seen Kung Fury yet, you’re in for a treat. Free up your next 30 minutes and enjoy:

Set in 1985 Miami, we follow the adventures of Kung Fury, a seemingly invincible kung fu cop who does not like to play by the book. After a tragic encounter with a kung fu master kills his partner, Kung Fury is struck by lightning and gets bitten by a cobra and gains the knowledge of a secret branch of kung fu that is almost impossible to master. He then decides to use his power to battle the forces of evil.

And of course, this means battling a rampaging arcade machine, using a car as a skateboard, and blowing up $50 million worth of property. However, Hitler goes back in time and the only way Kung Fury can stop his greatest enemy is to go back in time. Kung Fury enlists the help of a hacker named Hackerman, who hacks time so he can go back to Nazi Germany and destroy Hitler, erstwhile known as Kung Führer. Along the way, he meets a dinosaur cop named Triceracop, a laser raptor, Thor, and Viking women.

What a time to be alive. 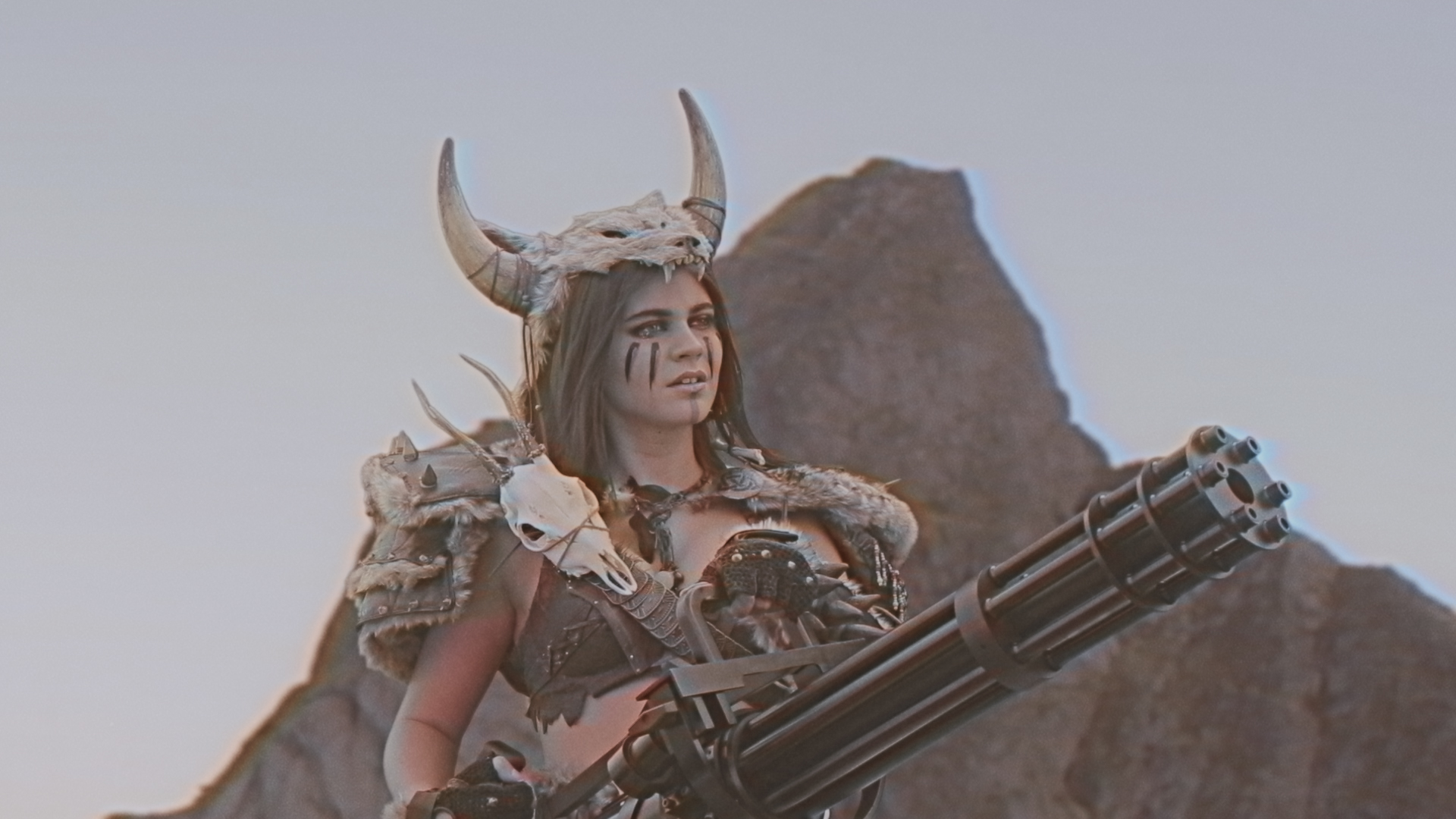 There’s just so much to love about Kung Fury. The visuals are amazing, and everything is screaming neon, and the soundtrack is just top notch. The grainy feel of the video reminds me of squinting at our old CRT television so I can just understand what the hell was going on in whatever betamax video my dad was watching at the time.

Of course, the story is not Kung Fury’s strong suit. Let’s be real here. We’re watching Kung Fury for tons of kick-ass action and 80’s references, and this movie delivers greatly on both counts. Come on, this is a movie where you have a guy drop a fucking tank on two Nazis with his bare hands and ends the sequence with “Tank you.”

Speaking of 80’s references, this movie is full of them:

Seriously, this movie is everything I asked for and more. My only complaint is that 30 minutes is too short to contain all the awesomeness of Kung Fury. I hear they are making a full-length version, and I cannot wait for that to come out.

Kung Fury is certainly the best 80’s movie that the 80’s never made, and I certainly hope that writer/director/lead actor David Sandberg gets to do more amazing stuff like this. On to a sequel called Kung Fury: Führer Road or something.

So there’s my Kung Fury review. What do you think of Kung Fury? Leave a comment and let’s talk about this amazing film!