There’s this small cafeteria I go to during lunch time. Aside from the fact that the food there tastes more or less home-cooked, the price is perfect for a cheapskate like me. Also, the building where the cafeteria is located is a few buildings away from my office and the place is infested with hot women. Is there a rule where all the hot women of Ortigas Center stay in that one building and they all avoid the place where this fat sweaty dude works?

Since the food there is cheap, I usually get a bad case of the gas after lunch time. I usually deal with this by silently releasing it in a series of small farts on the way back to the office. When I get back to my cubicle, I sit with a satisfied grin on my face, content that my little spurts of doom went by unnoticed. 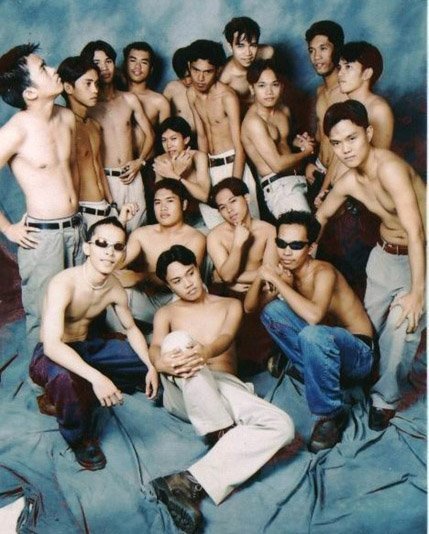 Anyway, the cafeteria is on the second floor. To save time, I don’t use the elevator and instead I go up the fire exit, because using the elevator to go up one floor is one of the most annoyingly stupid things on my list.

So one day after eating lunch, I was hit pretty harder than usual by the gas. The thing is, I wasn’t even out of the cafeteria yet when I felt it. I tried farting it out but somehow I couldn’t. The pain in my stomach was too much that I felt like doubling over, but I clung to the door and soldered on. After I straightened up, I put in every iota of my being into forcing the cursed gas out of my posterior, and hopefully leaving a trail of sorrowful nostrils in its wake.

I was breaking a sweat by the time I got through the door. And shit, the fart still wasn’t forming. I painfully limped my way towards the fire exit. I was starting to think that maybe it wasn’t gas in the first place, but a bad case of the shits. Then I felt my stomach gurgling. I rushed towards the fire exit in a panic, because I knew I had to look for a comfort room in the nearest fast-food restaurant so I can unload my cargo.

(FYI: If you ever go to a restroom in one of those fast-food chains and you hear somebody inside screaming their guts out to the words of “Copacabana,” that’s probably me.) But relief swept over me when I got in the fire escape. My stomach loosened, and I realized that it wasn’t a fart, or a shit: it was actually a huge burp trying to get out.

So I gave in and burped.

It was a loud one. The burp, obviously longing for escape from my diaphragm, took ages to finish. I just stood on top of the stairs, legs wide apart, chest puffed out, eyes closed, mouth agape, while it happened. I swear, I could hear Mendel’s “Messiah” playing in my head as I released the gas from its long imprisonment.

And when I finished, I kept my eyes closed because I savored the sound of it echoing throughout the fire escape. Ah, nothing is as satisfying as the sound of a burp echoing in an empty chamber.

Grinning widely, I opened my eyes to… the sight of one of the hot girls I was talking about earlier, staring at me, with a mixture of disgust and pity on her face. We stared at each other for a moment before I realized how bad the situation is. I put my head down and quickly walked away.

I passed her and she was still rooted to the spot, absolutely shocked at the fact that somebody burped in her fucking face.