There’s this thing about raised expectations. I remember when I spent a year anticipating Spider-Man 3, following every single bit of news about it. My expectations were raised to an all-time high when watched it. Then I got Peter Parker dancing in the streets. Boo.

Which brings us to The Dark Knight. I’ve been so stoked by Batman Begins that I was looking for a sequel already the moment I saw it. So imagine me expecting a movie for three years. The goddamn expectations alone are giving me a nosebleed.

Basically, I was expecting too much of The Dark Knight that I was afraid that it was going to suck.

So I went to the theater expecting this: 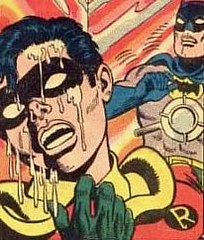 Read an old entry of mine

But I got this: 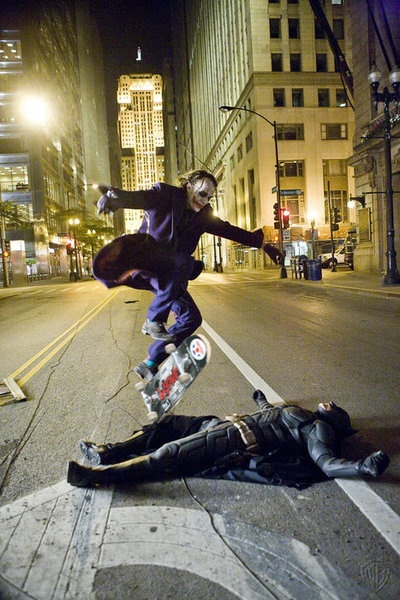 I loved every single moment of the film. Heath Ledger’s Joker was perfect, Aaron Eckhart’s Harvey Dent was fantastic, and the action scenes were amazing. Too bad the movie was more about Dent and Joker and less about Batman, because Batman was just a force that came and went. I was expecting for more Batman scenes. For me, The Dark Knight is not a superhero film. It’s an epic crime drama where the characters just happened to be in superhero tights.

If you’re not convinced at how awesome the film is, let this next paragraph demonstrate how I totally feel about TDK:

HOLY SHIT IT WAS A FULL TWO AND A HALF HOURS OF AWESOME OH MAN OH MAN I TOTALLY LOVED IT REALLY I DO ESPECIALLY THE PART WHERE BATMAN TRIES TO BEAT JOKER TO A BLOODY PULP AND WHERE JOKER WAS IN A NURSE OUTFIT! ZOMG SOMERSAULTING TRUCK! FUCKING SHIT! OH CRAP I LOVED IT WOW HARVEY DENT! TWO FACE! OH HOLY FUCKING SHIT! DAMMIT! FAP FAP FAP CRAPPITY CRAP WHAT ELSE DO I SAY OMGWTFBBQ I LOVE IT SO MUCH.

The only thing that kept me from enjoying the film was this douche sitting next to me who was scratching himself all over and was making weird sounds and had his iPod on at full blast. He also had horrible breath and made sure that everyone within a 5-foot radius knows. Seriously, wtf? Also, this pregnant girl to my right who kept jumping up and down everytime Joker goes onscreen. I seriously thought she’d have a miscarriage or something.

Anyway, this movie wasn’t perfect, but it was pretty damn close. I give it: 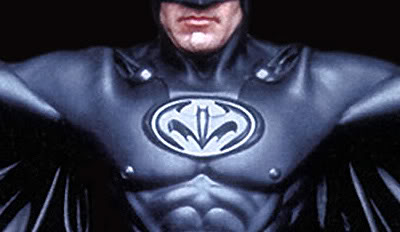 What do you think of The Dark Knight?